Singapore! Day 11 – Kazbar on the last day before heading home

** Note from the author:  It’s been almost a week since I returned from Singapore, and I’ve gone back and read the posts from throughout my trip a few times.  It’s been so nice to read these, and I can genuinely say that I had a wonderful time in SE Asia with Steve and his friends.  No, the trip didn’t end as planned, but it also did not in any way spoil the vacation for me.  I just needed a little bit of time to process my emotions and move on.  So, again, thanks to my old friend Steve for allowing me to stay with him for two weeks.  Having a houseguest for that long can’t be an easy transition.  **

I’m sitting in the Chicago airport, delayed by United, after flying for 20+ hours (yup, I still miss the days of Continental!). I’ve tried to let my emotions cool down a bit before writing my final “Singapore!” post. Yet, I still have hard feelings about my last day in Singapore. I’ll move directly on to apologizing to Steve’s friend, Jacqui. Steve put her and I in very awkward positions, and I was not very friendly toward her. It was nothing personal, rather it was me allowing my anger and hurt feelings from Steve to spill over to her. Jacqui, if you are reading this, I am sorry that I was not more friendly toward you.

Steve came home from work at lunchtime, which was the general routine during my stay. He mentioned that we would meet his “friend” for lunch. I politely declined, providing my reasons for not wanting to meet her, and decided to wait at the house for him to return at 2PM. He said that Jacqui had to leave by 2, so he’d be home shortly thereafter. I guess 5:50PM was close enough in his book.

Rather than catching up on sleep, or checking off the last few things we had on our list of things to do (e.g. zip line, Geylang, golf, etc), I had spent the day sitting by the pool, attempting to check in with Steve, and waiting for him to return. When he finally did text me, he mentioned we were to meet Andy and Mike (whom I had met on Sunday), and others in Boat Quay at 6:30. When I went up to change, Steve and his friend were watching TV. It was immediately clear to me that he spent the entire day with this woman, and that she was joining us for dinner. I was upset and very hurt. Thus, not very engaging.

The only food I had on Friday was at dinner. We walked to Boat Quay and met up with the gang, which was rounded out by Andy’s wife, Sandra and another couple, Ted and Norma. We dined at Kazbar, a Middle Eastern restaurant. We started off with plates of hummus, mohammarah, babaganoush, and tabouleh. 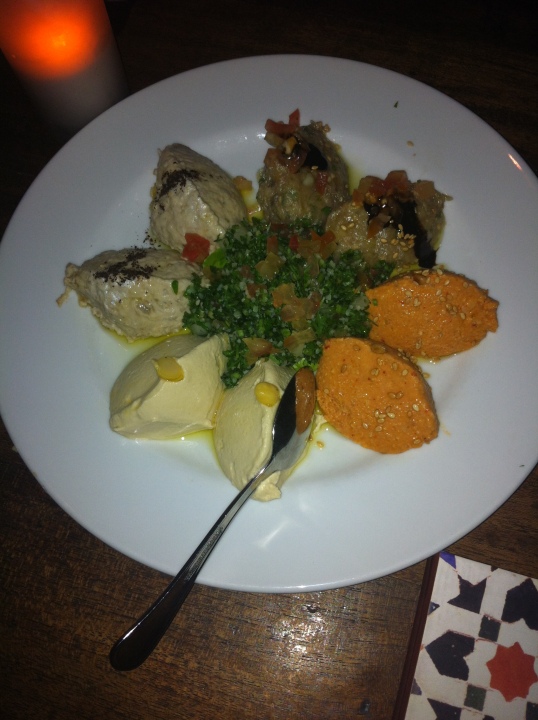 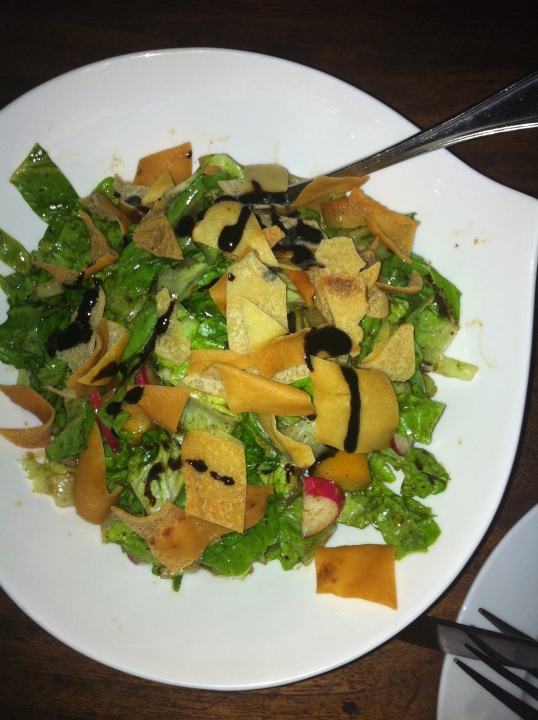 I had the grilled lamb kebab, which was deliciously prepared, and had great flavor. Unfortunately, at this point, I didn’t have much of an appetite, so I didn’t eat much of it. But, I did happily provide Mike a few spoonfuls of the lamb, so as not to let it go to waste! 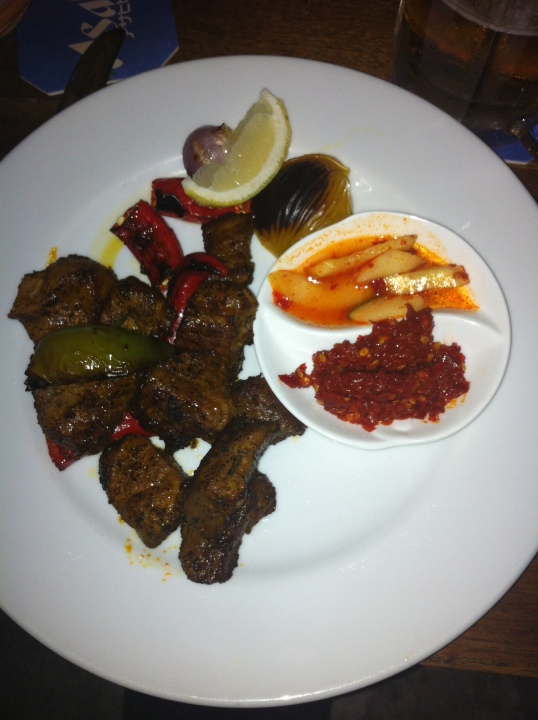 After dinner, Steve handed me an MRT card and told me that would get me home. He wanted to personally escort his Singapore friend home. That’s where the night totally broke down. On my last day in the city, I had barely seen or spoken with Steve, and then was left behind for a woman who lives there and can see him anytime. Mind you, his friends were very gracious (and quite appalled by his behavior), but this vacation had taken a nosedive at this point.

Still trying to make the best of a crappy situation, we headed over to Andy and Sandra’s, had quite a few laughs, and almost as many jabs at how the night played out. I would like to very sincerely thank Andy, Sandra, Ted and Norma for keeping me company on my last evening in town. 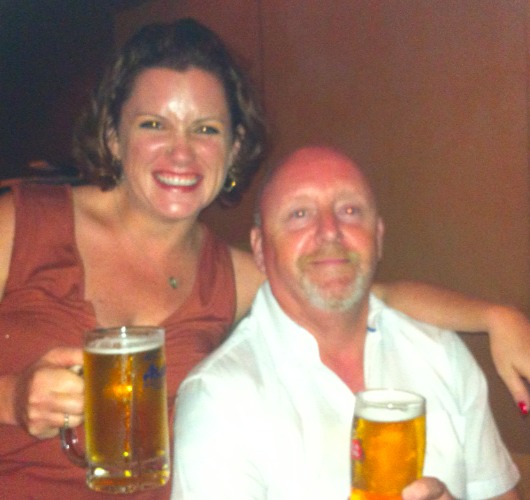 Andy and I having a laugh.

Eventually, Andy and Sandra walked me back to Steve’s place, to ensure I arrived safely. If y’all are reading this, know that my parents greatly appreciate your doing so as well. (((hugs))) I’m grateful to the new friends I made while in Singapore – not just those mentioned in this post, but those from earlier adventures as well.

Steve did take me back to the airport in the morning. I really wanted to take a cab, but he insisted on seeing me off.

I’m so very glad that I have been keeping up with my adventures on a daily basis. I can look back at earlier posts and appreciate the things I saw and the experiences I had. And I do thank Steve for his hospitality over the two weeks I was there. As I mentioned before, Steve was a very generous host – everything we did was his treat. It’s just that I would rather someone spend time with me and pay attention to me, more so than money on me. It was a once-in-a-lifetime vacation with an old friend, and I’m glad that I was able to experience another set of cultures.

I encourage you to read my earlier (and more positive!) “Singapore!” posts, as you’ll see many of the great sights of Singapore – as well as amazing food! I spent eleven days there, but if you’re like me and can avoid jet lag, I think five or six days would suffice. It’s a pretty small island!

I hope you’ve enjoyed reading about my stay in SE Asia! Thanks for stopping by the blog.