Guest post: The Tipping Point: The Art and Science of Tipping

I’m very grateful to Richard Bracke for reaching out to me via email and asking if I’d be willing to have him guest post.  He admitted to being a fan of this blog, and thought he could provide a different, yet related, point of view.  His idea was to write a post on the art and science of tipping.

I’m sure many of you have stressed over the proper tip at one point or another; I know I have!  Richard provides good information in his post below.

First, here’s a little information on Richard.  An avid writer, father, and foodie, Richard Bracke loves to try out new restaurants in Charlotte, and especially enjoys Spanish tapas accompanied by a nice Catalonian Cava.  He currently blogs for the website, EZ Cater.

You’ve just finished a great meal and the waiter has returned with your bill and card. You pick up the pen and start to scratch an amount on the dotted line with the precursor, “tip”. But you pause, “what’s the right amount?” you question. “Twice the first number minus one? Times the whole amount by 0.2? Round up to the nearest whole number?” 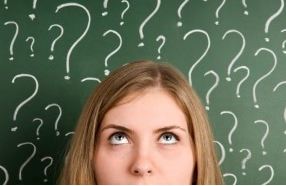 If this sounds familiar, keep reading!

It’s obvious to say that the topic of tipping has long been a source of contention amongst families, friends, and wait staff everywhere. The origins of the act itself seem to be just as ambiguous as the process.  The term “to tip” appears to have started in the 18th century as a way for patrons of an establishment to encourage better service and quality of their goods.

So while the general consensus of tipping is a little subjective, there are a few things to keep in mind the next time you find yourself in the position to give a tip. The first is a generational gap. Depending on which generation you come from, your preconceived ideas about how much to tip may vary.

While the industry standard in previous eras has been anywhere from 5% to 10%, the current accepted amount is about 15-20%.  Why the change?  Well that takes a little math. 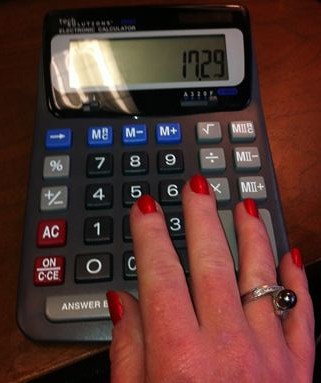 The average server generally makes a much lower per hour wage than the minimum wage (which varies by location).  Restaurants typically pay the wait staff at a reduced hourly wage because the money they take home in tips off-sets the state’s minimum wage rate.  On any given night, a server could have anywhere from three to ten tables, sometimes more, sometimes less all depending on the volume of the restaurant. Assume each bill was about $60 dollars; this is what their income for that evening would look like.

As you can see the slight increase from 10% to 20% makes a huge difference in the nightly totals a waiter or waitress brings in. Literally that extra 10% could mean the difference between making rent, and not making rent. It’s also important to note that any problems you had with the preparation or taste of your food should not be translated to your server’s tip, they are simply the conduit, not the source. Be sure to voice your concerns with the wait staff so they can let the cooks and kitchen know, but don’t let your distaste with the food affect your server’s tip!

The choice of how much to tip in any situation is of course up to you, the patron. If your wait service was less than stellar you should, of course, vary your tip accordingly. While, giving a bit extra in the tip shows you really appreciated the great service, and gives the employee an incentive to keep up the good work!

In closing, I suppose the important thing to remember here is that we’ve all had a day where we weren’t at our best, so regardless of whether a good tip was “earned” or not there is one thing you should always remember, a little generosity goes a long way in making someone else’s day! And really, it’s always better to err on the side of more, rather than too little.

So even if the accepted amount is 20% leaving 25% is always acceptable too!  🙂

Thank you, Richard, for sharing your thoughts on tipping wait staff.  It is indeed a critical part of the dining experience, IMO! I’d love to hear readers’ points of view.  Please comment if you feel strongly about tipping or if you have a method of your own.

9 thoughts on “Guest post: The Tipping Point: The Art and Science of Tipping”